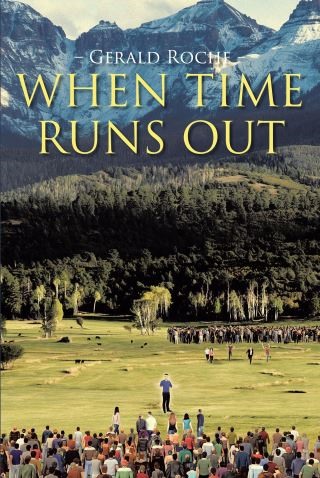 When Time Runs Out

Would-be journalist, Ted Travis, is unemployed, homeless, and depressed--almost to the point of suicide.

Discouraged ingenue Debbie Kessler is more than ready to start over for the third time in her life.

Charismatic evangelist John January is convinced that a global catastrophe of biblical proportions is imminent.

A thousand Believers, hearing salvation in the young evangelist's words, converge at a pastoral outpost in the Rockies. When terrorists initiate a horrific chain of events, the Believers seek the safety of a homemade sanctuary. They emerge, three years later, to a strange new world.

With John January leading the way, they undertake a tortuous journey that culminates on the other side of the world, where they are confronted by the consummate personification of evil and its army of malevolent miscreants.

The Believers' magnificent odyssey is one of courage, conscience, spirit, and faith with the fate of all mankind hanging in the balance.