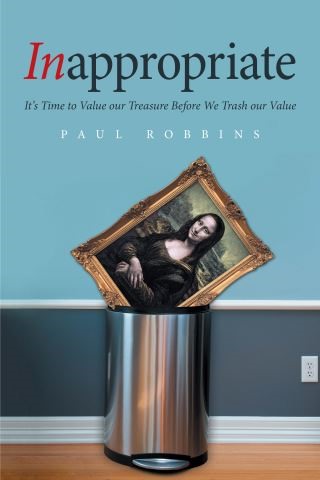 Inappropriate is an appeal to the church in the West to consider why there always seems to be something missing. The church has the tendency to swing like a pendulum from one program to the next in search of the right one, while the world is waiting for something of substance to capture their souls. Are we willing to admit that we may have veered from God’s original plan? Jesus said that He would build His church, one that is substantial and defiant against evil and unrighteousness, one that is fruitful, effective, and attractive—one that offers lasting peace and joy to those who come alongside Him to be His construction assistants.

When Jewish and Gentile believers first united, the church became rooted and began to grow according to the eternal purpose of God. Sadly, things changed and the ancient enmity returned. This book explores the history of separation that has caused untold damage and tarnished the name of Jesus. Inappropriate dives into many passages of scripture, which have been often overlooked, in order to reclaim our place of blessing. God will not be vindicated until we walk again on His redemption road together. Anything else is simply inappropriate.

Paul Robbins: Paul was born in Brooklyn to Jewish immigrant parents. As a child of the sixties, he set out in search of significance. Rejecting what was familiar, he explored Eastern ways and became involved in the counter-cultural revolution. Coming up empty, he found himself reading through the Bible, for no apparent reason. By the time he reached the New Testament, he came to a crisis of faith: Who was this Jesus, and why did he know nothing about Him? Desperate to find out if God was real, Paul encountered the Jewish Carpenter of Nazareth, and has been growing to know Him more ever since. He and his wife Marla have four children, nine grandchildren and one great grandchild. He is the Director of Comfort My People and the author of The Milkman Story.