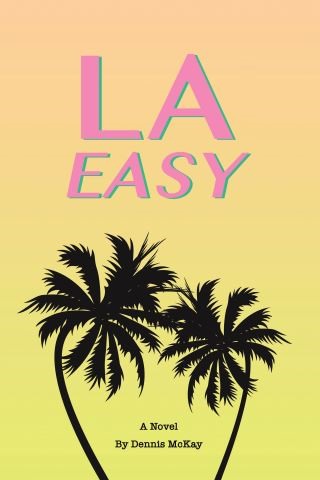 They told themselves it had all the makings of one of their classic road trips; though Chad and Monty lacked one essential: their youth, the ultimate trump card. Then the breakdown of Monty’s Bricklin—noted for its flawed design—and the rescue of two women, in a VW van, alter the paradigm. Recently divorced Monty is taken by free-spirited Cara, an artist; and Chad, eventually drawn in by Maylee—a writer with a penchant for conjuring perceptive poems—thinks he has found true happiness, until a family issue and huge career break determines a new path in the lives of all four characters.

Dennis McKay: Much like Chad Carson, I quit my government job and moved to Oakwood Apartments, for singles, in Sherman Oaks. I worked odd jobs from a day labor center, took acting classes, and hired a photographer to help me create an actor’s portfolio. Eventually, I got work as an extra in films, but I had no luck obtaining the elusive Screen Actors Guild card. I came close once to getting the lead in a low-budget film and was even told I had won the part, but then it vanished—nothing LA easy about that one. After a year, dispirited and broke, I returned home to Bethesda, Maryland. My first month home, I signed on with Central Casting in Washington, DC, and was picked for a local commercial advertising a ski mask that was invented by a dentist, who saw my portfolio and insisted on me—he liked my smile. And voilà, I had my SAG card. But any thoughts of leaving for LA were a no-go since I had met my future wife, Tina. The rest, as they say, is history. LA Easy is my version of what possibly might have happened if I had returned to the West Coast and pursued a career in film. The word if is, for me, the basis of fiction writing, or in my case conjuring up another possible life. But in the end, much must be left unknown, with only our imaginations to provide what might have been. The young man in the portfolio photos seems like a person from another life, a dreamworld. And it is a failed dream as far as success in film goes, but it taught me a life lesson that no school could have ever provided.