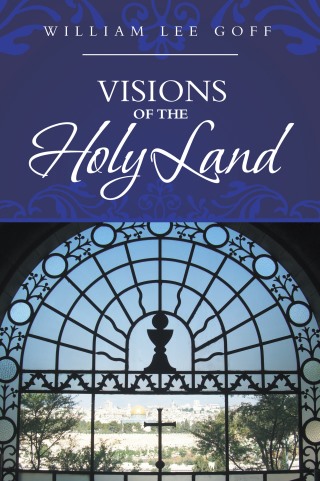 Visions of the Holy Land

A naive young Presbyterian minister goes on his first trip to the Holy Land to learn about its past. To his great surprise, he also discovers its amazing future.
The narrator of the story, Bill DeQuill, uses his study leave to explore Jerusalem and travel to Bethlehem, Hebron, Galilee, the Dead Sea and Jordan. He meets both Palestinians and Zionists and who tell him their compelling, but very different narratives.
This is a story of discovery and reflection, of ancient history and current events, of violence and peace, of despair and hope. It reveals an exciting new way to see the Holy Land.

William Lee Goff: William Lee Goff is a retired Presbyterian minister who has pursued his fascination with the lands of the Bible for decades. He has made seven trips to Israel. For ten months he lived and studied in Jerusalem, traveled from Dan to Beersheba, visited Gaza and camped out in the Sinai. He has also enjoyed shorter trips to Egypt, Lebanon, and Jordan. For many years he has studied both Hebrew and Arabic. While not claiming fluency in either language, he says that both Semitic languages have given him a new way of looking at the world. He enjoys playing the cello and performing in local theatre productions. He grew up and received all his formal education in Southern California where he and his wife live.