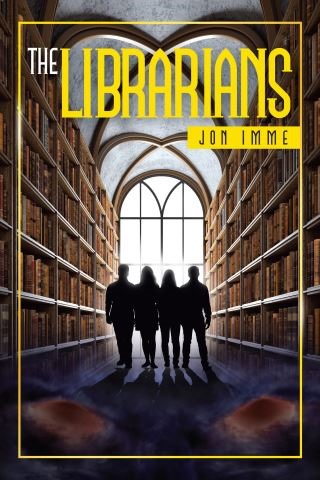 Mankind has become increasingly bound by the chains of spiritual impotency and material greed. A book containing the power to break those chains reveals itself during a span of several generations to four young people, each chosen to be its librarian. This book leads each of the librarians on their own journey to spread its seven pillars of knowledge. Giants must be vanquished, unknown spiritual beings defeated in combat, powerful magicians exposed, and cities built in desolate deserts. The burden of carrying the book weighs heavily on its librarians, forcing them to face the greatest enemy of all—themselves. They struggle with doubts, fears, and feelings of unworthiness which constantly arise in their hearts, seeking to deceive them into thinking the battle is too difficult and that they must quit the journey.

Jon Imme: Jon Imme is a pastor at a multicultural, urban church in Los Angeles. He has also taught at Los Angeles Lutheran High School. He and his wife, Sheila, have produced faith-based documentaries which have been shown on PBS and other television stations throughout the United States as well as at film festivals, churches, schools, and the Los Angeles County Jail system. This is the first book of the faith/adventure trilogy, “Rivers, Canyons, and Drones.”