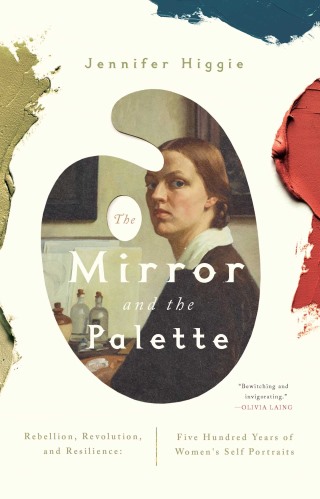 The Mirror and the Palette

A dazzlingly original and ambitious book on the history of female self-portraiture by one of today's most well-respected art critics.

Her story weaves in and out of time and place. She's Frida Kahlo, Loïs Mailou Jones and Amrita Sher-Gil en route to Mexico City, Paris or Bombay. She's Suzanne Valadon and Gwen John, craving city lights, the sea and solitude; she's Artemisia Gentileschi striding through the streets of Naples and Paula Modersohn-Becker in Worpswede. She's haunting museums in her paint-stained dress, scrutinising how El Greco or Titian or Van Dyck or Cézanne solved the problems that she too is facing. She's railing against her corsets, her chaperones, her husband and her brothers; she's hammering on doors, dreaming in her bedroom, working day and night in her studio. Despite the immense hurdles that have been placed in her way, she sits at her easel, picks up a mirror and paints a self-portrait because, as a subject, she is always available.

Until the twentieth century, art history was, in the main, written by white men who tended to write about other white men. The idea that women in the West have always made art was rarely cited as a possibility. Yet they have - and, of course, continue to do so - often against tremendous odds, from laws and religion to the pressures of family and public disapproval.

In The Mirror and the Palette, Jennifer Higgie introduces us to a cross-section of women artists who embody the fact that there is more than one way to understand our planet, more than one way to live in it and more than one way to make art about it. Spanning 500 years, biography and cultural history intertwine in a narrative packed with tales of rebellion, adventure, revolution, travel and tragedy enacted by women who turned their back on convention and lived lives of great resilience, creativity and bravery.

Jennifer Higgie: Jennifer Higgie is an Australian writer who lives in London. Previously the editor of frieze magazine, she has written and illustrated a children's book There's Not One; is the author of the novel Bedlam and has contributed numerous essays to catalogues and anthologies. She is currently working on a new book about women, art and the spirit world, and various scripts.