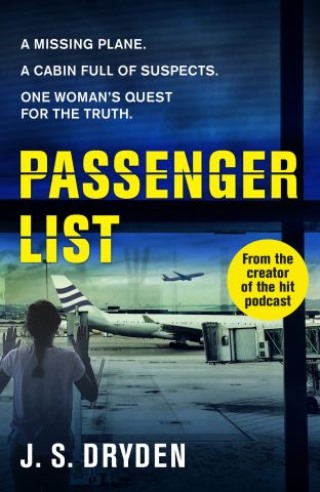 The tie-in novel to the award-winning, cult-hit podcast

A missing plane.
A cabin full of suspects.
One woman's quest for the truth.

When Atlantic Airlines Flight 702 disappears mid-flight between London and New York, the world is stunned. With the public clamouring for answers, authorities seem at a loss as to how to explain the plane's disappearance.

There were 256 passengers on Flight 702, with many carrying dark secrets on board with them. Could one of them hold the truth behind the plane's disappearance?

College student Kaitlin Le's beloved twin brother Conor was on that plane. She refuses to believe the official statements, or to join her parents in their blind acceptance of Conor's death.

But as she journeys deeper into the murky heart of what really happened on board that plane, it becomes clear she's drawing attention to herself. And there are some people who would rather the truth behind the fate of Flight 702 stayed buried...

John Dryden: John Scott Dryden is creator of the historical fantasy podcast Tumanbay, which he co-writes and directs. Until recently, John was director of scripted content for Panoply Media, one of the largest podcast producers in the U.S.He has written and directed many award-winning audio drama series for the BBC, including the thrillers Severed Threads, Pandemic, The Reluctant Spy, A Kidnapping and the Peabody-winning The Day that Lehman Died, a drama about the collapse of Lehman Brothers Bank. John is a director of Goldhawk Productions, a multi-award winning audio production company, and one of the leading producers of audio fiction in the UK.