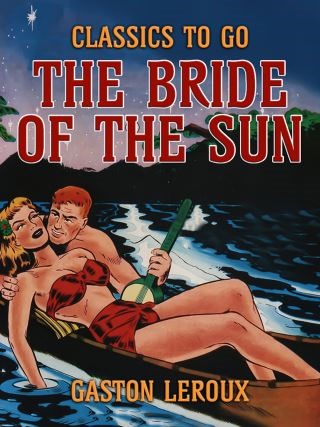 The Bride of the Sun

Excerpt: "As the liner steamed into Callao Roads, and long before it had anchored, it was surrounded by a flotilla of small boats. A moment later, deck, saloons and cabins were invaded by a host of gesticulating and strong-minded boatmen, whose badges attested that they were duly licensed to carry off what passengers and luggage they could. They raged impotently, however, round Francis Montgomery, F.R.S., who sat enthroned on a pile of securely locked boxes in which were stored his cherished manuscripts and books."

Gaston Leroux: Gaston Louis Alfred Leroux (6 May 1868[1] – 15 April 1927) was a French journalist and author of detective fiction. In the English-speaking world, he is best known for writing the novel The Phantom of the Opera (Le Fantôme de l'Opéra, 1910), which has been made into several film and stage productions of the same name, notably the 1925 film starring Lon Chaney, and Andrew Lloyd Webber's 1986 musical. His 1907 novel The Mystery of the Yellow Room is one of the most celebrated locked room mysteries.