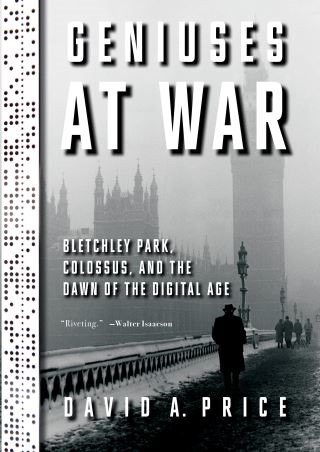 Bletchley Park, Colossus, and the Dawn of the Digital Age

The dramatic, untold story of the brilliant team whose feats of innovation and engineering created the world’s first digital electronic computer—decrypting the Nazis’ toughest code, helping bring an end to WWII, and ushering in the information age.

Planning the invasion of Normandy, the Allies knew that decoding the communications of the Nazi high command was imperative for its success. But standing in their way was an encryption machine they called Tunny (British English for “tuna”), which was vastly more difficult to crack than the infamous Enigma cipher.

To surmount this seemingly impossible challenge, Alan Turing, the Enigma codebreaker, brought in a maverick English working-class engineer named Tommy Flowers who devised the ingenious, daring, and controversial plan to build a machine that would calculate at breathtaking speed and break the code in nearly real time. Together with the pioneering mathematician Max Newman, Flowers and his team produced—against the odds, the clock, and a resistant leadership—Colossus, the world’s first digital electronic computer, the machine that would help bring the war to an end.

Drawing upon recently declassified sources, David A. Price’s Geniuses at War tells, for the first time, the full mesmerizing story of the great minds behind Colossus and chronicles the remarkable feats of engineering genius that marked the dawn of the digital age.

David A. Price: DAVID A. PRICE was educated at the College of William and Mary, Harvard University, and the University of Cambridge. He is the author of The Pixar Touch and Love and Hate in Jamestown. Price lives with his wife in Richmond, Virginia.