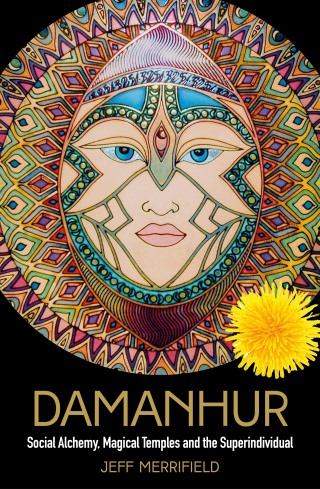 Damanhur in Italy has for nearly 45 years been an experiment in human consciousness and in this fully illustrated book Jeff Merrifield outlines the exciting discoveries that the community is making.

Short steps for humans, a giant leap for humankind. For more than four decades the spiritual-artistic community of Damanhur has grown from humble beginnings to become a prime mover in terms of spiritual research and the ecological protection of the planet.
A group of people which has remained a stable and active entity over all those years, they have developed a sociological tool to enhance their shared experiences, the concept of a Superindividual, where groups of people or even whole communities become as one, and function and create as one.
The best news is, Damanhur is opening out to the world. It will no longer be a closed and introspective collective, but will be sharing its discoveries with humanity at large. Already, groups of indigenous peoples are treading a path to Damanhur, sharing shamanic knowledge and forming mutual bonds on a mission to save the planet and make the world a better place.
An ambitious and exciting programme of new building has already started in and around the now famous Temples of Humankind. At the same time, Damanhur is going out into the world, establishing active centres around the globe, as far afield as Iceland and Australia, not as clones of the Italian version, but as thriving vibrant entities in their own right.
It's an inspiration to families, to workplaces, to other communities and to movements like Extinction Rebellion. How do we transform society from the ground up? How can we both flourish as individuals and work together in community for a common cause? This book will show you how.

Jeff Merrifield: Jeff Merrifield has had over 45 years' professional involvement in Community Arts including projects Essex County Council, the Ken Campbell Road Show, the Science Fiction Theatre of Liverpool and Playback Arts, his own company which he founded in 1975 and through which he staged a wide variety of theatrical productions. He lives in Shetland.