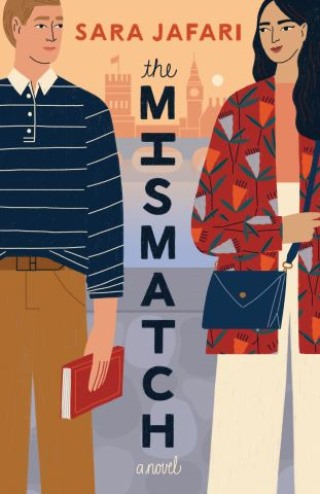 A kiss is never just a kiss in The Mismatch, a cross-generational story about love, family, faith, and finding yourself.

“Enlightening, poignant, and romantic . . . The Mismatch transported me back to that feeling of first love and first heartbreak.”—Sophie Cousens, New York Times bestselling author of This Time Next Year

Now that Soraya Nazari has graduated from university, she thinks it’s time to get some of the life experience she feels she’s lacking, partly due to her strict upbringing—and Magnus Evans seems like the perfect way to get it.

Where she’s the somewhat timid, artistic daughter of Iranian immigrants, Magnus is the quintessential British lad. They have little in common, so there’s no way Soraya could ever fall for him. What’s the harm in having some fun as she navigates her postgrad life? And he could give her some distance from her increasingly complicated home life, where things are strained by her father’s struggles, her mother’s unhappiness and her eldest sister’s estrangement under a vague cloud of shame fifteen years earlier.

Distracting herself with Magnus is easy at first. But just as Soraya realizes there’s more to Magnus than she thought, long-buried secrets, and hard questions, begin to surface—will any of her relationships survive the truth coming out?

Moving between modern-day London and revolutionary Iran, The Mismatch is a gorgeously written coming-of-age story that follows a young woman as she finds love in a most unexpected place, and a path in life amid two different cultures.

Sara Jafari: Sara Jafari is a London-based British Iranian writer whose work has been longlisted for Spread the Word’s Life Writing Prize and published in gal-dem and The Good Journal. She is a contributor to I Will Not Be Erased and the romance anthology Who’s Loving You. Jafari works as an editor and runs TOKEN magazine, which showcases writing and artwork by underrepresented writers and artists. The Mismatch is her debut novel.