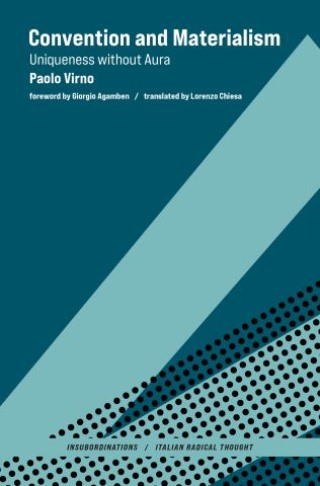 The first English translation of the book that established Paolo Virno as one of the most influential Italian thinkers of his generation.

With the 1986 publication of this book in Italy, Paolo Virno established himself as one of the most influential Italian thinkers of his generation. Astonishingly, this crucial work has never before been published in an English translation. This MIT Press edition, translated by Italian philosopher and Insubordinations series editor Lorenzo Chiesa, is its first English-language version. Virno here engages, in an innovative and iconoclastic way, with some classical issues of philosophy involving experience, singularity, and the relation between ethics and language, while also offering a profoundly transformative political perspective that revolves around the Marxian notion of the "general intellect."

Virno reconsiders Walter Benjamin's idea of a "loss of the aura" (brought on, Benjamin argued, by technical reproducibility), and postulates instead the existence of a new experience of uniqueness that, although deprived of every metaphysical aura, resides in the very process of late-capitalist serial reproduction. Writing after the defeat of contemporary leftist revolutionary movements in the West, Virno argues for the possibility of a "good life" originating immanently from existential and political crises. Taking speculative detours through the thought of philosophers ranging from Aquinas and Berkeley to Heidegger and Wittgenstein, with a specific focus on Kant and Hegel, Virno shows how a renewed reflection on basic theoretical problems helps us to better grasp what is happening now. This edition features a preface written by Virno in 2011.

Paolo Virno: Paolo Virno is an Italian philosopher, semiologist, and activist. A prominent figure among the Italian workerist thinkers, he teaches at the University of Rome and is the author of A Grammar of the Multitude and Multitude between Innovation and Negation, both published in English by Semiotext(e).