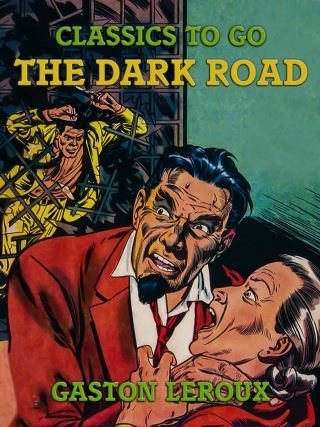 Excerpt: "The Nut lay on the scorching beach facing the terrible sea in which the hungry sharks, the warders of his prison, were disporting. The convict was like a weary animal at rest. In truth, he had availed himself of the "relaxation" at ten o'clock to seek out a little fresh air and seclusion between two precipitous crags which cut him off from the rest of the convict settlement. If only he could live alone! No longer to hear anything. No longer to see anything! No longer to think of anything. But how could he help thinking of what he had seen, of what he had been compelled to see, that morning?"

Gaston Leroux: Gaston Louis Alfred Leroux (6 May 1868[1] – 15 April 1927) was a French journalist and author of detective fiction. In the English-speaking world, he is best known for writing the novel The Phantom of the Opera (Le Fantôme de l'Opéra, 1910), which has been made into several film and stage productions of the same name, notably the 1925 film starring Lon Chaney, and Andrew Lloyd Webber's 1986 musical. His 1907 novel The Mystery of the Yellow Room is one of the most celebrated locked room mysteries.