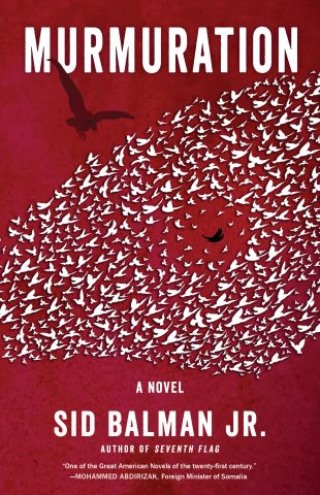 Charlie Christmas, Ademar Zarkan, and Prometheus Stone are the best of America—united by war, scarred by displacement, and resolute in the face of the troubles that rip the nation apart over three decades. Christmas, a Somali translator with a split personality, and Zarkan, a Muslim sharpshooter who defies gender and religious constraints to graduate from West Point, are first brought together by Stone, a lapsed Jew and an Army captain, amidst war and famine in East Africa. Their ensuing journey—which takes them from the mean streets of Mogadishu to the high desert of West Texas, from the barren plains of Indian country to the rolling hills of Minnesota—is at turns tragic and uplifting. Charlie’s son, Amir, is the bookmark in their lives, and the struggle to raise him amid the predators of white supremacy and violent radicalism is their life’s work. With the help of Buck, the bomb-sniffing dog with a nose for danger, they prevail over Somali militias, pirates, white supremacists, and ISIS terrorists in a splintering world that has turned on itself like a serpent in the singularly obscene act of devouring its own tail. A sweeping novel that digs deep into the backstories of some of the beloved West Texas characters from Seventh Flag, Balman’s award-winning debut novel, Murmuration is a mesmerizing story of what it means to be American in the twenty-first century.

Sid Balman, Jr.: A Pulitzer-nominated national security correspondent, Sid Balman Jr. has covered wars in the Persian Gulf, Somalia, Bosnia-Herzegovina, and Kosovo, and has traveled extensively with two American presidents and four secretaries of state on overseas diplomatic missions. With the emergence of the web and the commoditizing of content, Balman moved into the business side of communications. In that role, over two decades, he helped found a news syndicate focused on the interests of women and girls, served as communications chief for the largest consortium of US international development organizations, led two successful progressive campaigning companies, and launched a new division at a large international development firm centered on violent radicalism and other security issues on behalf of governments and nonprofits. A fourth-generation Texan, as well as a climber, surfer, paddler, and benefactor to Smith College, Balman splits his time between West Texas and Washington DC with his three kids and two dogs.