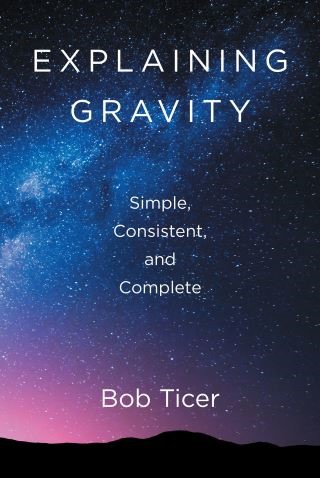 A simple explanation of gravity relates to the Higgs mechanism and the Pauli exclusion principle. By the latter, matter cannot occupy the same space other matter occupies, but light energy superimposes to be nearly invisible to other light. By the Higgs mechanism, light energy converts to matter. By its interaction, matter also converts back to light energy. Light speed is also slower in a gravitational field. There is thus a positive field of energy maintaining matter that emits light energy for a vacuum effect consistent with the inverse square law. As a recycling effect, it is also consistent with Einstein's cosmological constant and the cosmological principle of the big bang theory. Tired light is also included for dark energy whereby the Hubble Constant divided by light speed equates the ratio of gravitational force to electromagnetic force.