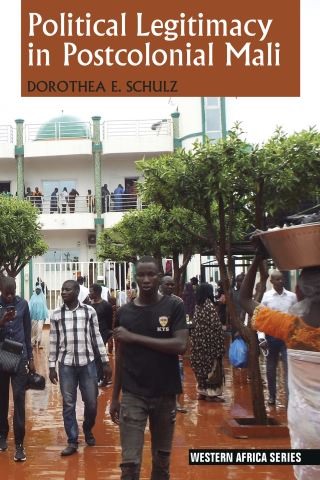 The 2012 coup d'état in Mali, and the political destabilization that followed, brought an abrupt end to the country's success story as a "donor darling" and as a model of successful democratization. In spite of signing a peace treaty, Muslim militants continue to launch attacks in the country's northern and central territories and to challenge Mali's government and state institutions. The challenge is compounded by the massive opposition mobilized by protagonists of Salafi- inspired readings of Islam in the capital Bamako. Why should this be, and how can it be that these actors, particularly those employing the language of Islam, have emerged as a serious challenge to the political order and government in Mali, and garner support among the country's urban and rural populations?
Against the background dynamics of the political turmoil that has shaken Mali in recent years and the uncertainties surrounding the present government, this book looks to the nature and extent of legitimacy of Mali's postcolonial state and also explores more general questions regarding the nature of political legitimacy. Schulz examines the attitudes, judgments and practices by which inhabitants of a rural area in south-western Mali attribute or disclaim the legitimacy of the state political order and of individual representatives. Countering the tendency of some scholars to adopt a belief-centered approach or to use a broad approach to legitimacy, she suggests a more comprehensive and systematic approach to legitimation that takes into account the subjective attitudes of actors as well as their material circumstances and the state of institutional governance.

Dorothea E. Schulz: DOROTHEA E. SCHULZ is Professor of Social and Cultural Anthropology, University of Münster; she previously taught at Indiana University and the University of Cologne. Her books include Muslims and New Media in West Africa: Pathways to God (2012) and, co-edited with Patrick A. Desplat, Prayer in the City: The Making of Muslim Sacred Places and Urban Life (2012).