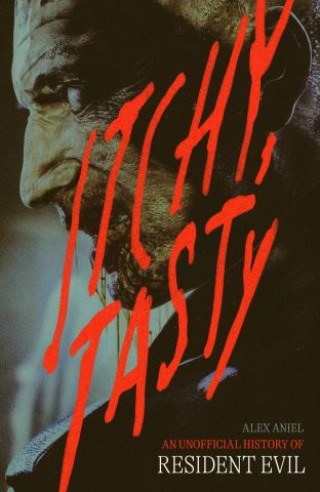 An Unofficial History of Resident Evil

This is the definitive behind-the-scenes account of Capcom’s horror video game series Resident Evil – one of the most popular, innovative and widely influential franchises of all time.

Industry expert Alex Aniel spent two years interviewing key former members of Capcom staff, allowing him to tell the inside story of how Resident Evil was envisioned as early as the late 1980s, how its unexpected and unprecedented success saved the company from financial trouble, how the series struggled at the turn of the century and, eventually, how a new generation of creators was born after the release of Resident Evil 4.

Itchy, Tasty narrates the development of each Resident Evil game released between 1996 and 2006, interspersed with fascinating commentary from the game creators themselves, offering unique insight into how the series became the world-conquering franchise it is today.

Alex Aniel: Alex Aniel originally hails from San Francisco, but has lived in Tokyo since 2007. He began playing the Resident Evil series aged thirteen, which eventually led him to visit Japan. He soon studied the language and moved there. He has over a decade of experience in the video game industry, and currently works for both video game music label Brave Wave Productions and physical game publisher Limited Run Games, where he specializes in the production of game music albums and business development for both companies. @cvkfreak