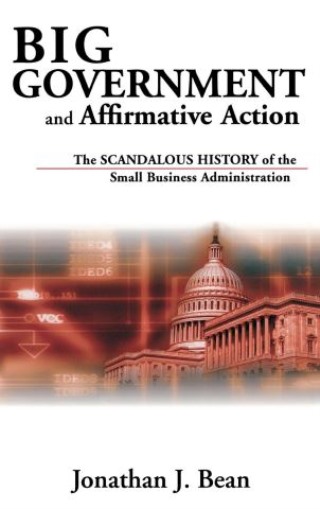 The Scandalous History of the Small Business Administration

David Stockman, Ronald Reagan's budget director, proclaimed the Small Business Administration a "billion-dollar waste—a rathole," and set out to abolish the agency. His scathing critique was but the latest attack on an agency better known as the "Small Scandal Administration." Loans to criminals, government contracts for minority "fronts," the classification of American Motors as a small business, Whitewater, and other scandals—the Small Business Administration has lurched from one embarrassment to another.

Despite the scandals and the policy failures, the SBA thrives and small business remains a sacred cow in American politics. Part of this sacredness comes from the agency's longstanding record of pioneering affirmative action. Jonathan Bean reveals that even before the Civil Rights Act of 1964, the SBA promoted African American businesses, encouraged the hiring of minorities, and monitored the employment practices of loan recipients. Under Nixon, the agency expanded racial preferences. During the Reagan administration, politicians wrapped themselves in the mantle of minority enterprise even as they denounced quotas elsewhere.

Created by Congress in 1953, the SBA does not conform to traditional interpretations of interest-group democracy. Even though the public—and Congress—favors small enterprise, there has never been a unified group of small business owners requesting the government's help. Indeed, the SBA often has failed to address the real problems of "Mom and Pop" shop owners, fueling the ongoing debate about the agency's viability.

Jonathan Bean: Jonathan Bean, Research Fellow at the Independent Institute and professor of history at Southern Illinois University, is the author of Big Government and Affirmative Action: The Scandalous History of the Small Business Administration and Beyond the Broker State: Federal Policies toward Small Business, 1936–1961.