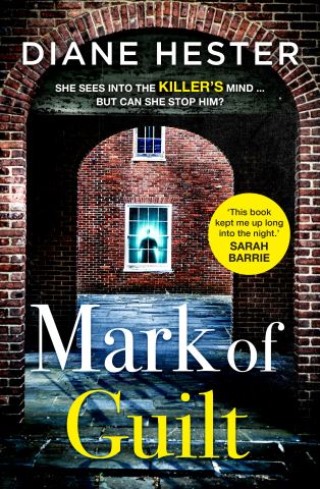 ‘A compelling read with an explosive ending. This book kept me up long into the night.’ — Australian author Sarah Barrie

There’s a murderer on campus. And Lindsay knows where to find the victims’ bodies. But who is going to believe that she had nothing to do with the crimes?

All Lindsay Cavenaugh wants is to graduate university and prove to her family that she is normal. It’s been almost ten years since she’s had a vision, and she’s sure she's grown out of her ‘gift’. These days all she has to worry about is passing her exams and keeping her distance from her sleazy lecturer.

But when a girl disappears from campus, Lindsay’s visions return with a vengeance. Not only does she see where the body of the missing student has been dumped, she also mysteriously acquires the bruises encircling the strangled girl’s throat. The last thing Lindsay wants is to get involved with the police again, but how can she not report what she knows?

Detective Garren Macklyn has little patience for the so-called ‘supernatural’. Those con artists are the reason his mother is lying in a hospital bed, fighting for her life. So, when Lindsay admits to knowing things only the killer could know, Mac has found his prime suspect. Even if she’s not the murderer, Lindsay Cavenaugh is involved somehow, and Mac is going to get her to admit it.

But the more time Mac spends with Lindsay, the less sure he is. Is he letting his personal feelings cloud his judgement? Or is there really something more going on here? As the body count rises, Mac will need to decide if he can trust Lindsay. Her life may just depend on it.

Born in New York, Diane Hester is a former violinist with the Rochester Philharmonic and the Adelaide Symphony. Her debut thriller, Run To Me, short-listed in the 2014 U.S. Daphne du Maurier Awards. She lives with her family and numerous pets in Port Lincoln, South Australia.