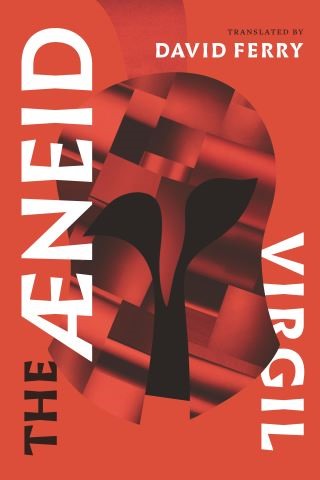 This volume represents the most ambitious project of distinguished poet David Ferry’s life: a complete translation of Virgil’s Aeneid. Ferry has long been known as the foremost contemporary translator of Latin poetry, and his translations of Virgil’s Eclogues and Georgics have become standards. He brings to the Aeneid the same genius, rendering Virgil’s formal, metrical lines into an English that is familiar, all while surrendering none of the poem’s original feel of the ancient world. In Ferry’s hands, the Aeneid becomes once more a lively, dramatic poem of daring and adventure, of love and loss, devotion and death.

The paperback and e-book editions include a new introduction by Richard F. Thomas, along with a new glossary of names that makes the book even more accessible for students and for general readers coming to the Aeneid for the first time who may need help acclimating to Virgil’s world.

Virgil:
David Ferry is the author of a number of books of poetry and has translated several works from classical languages. He was elected a fellow of the American Academy of Arts and Sciences, was awarded the Ruth Lilly Poetry Prize for lifetime achievement, and won the 2012 National Book Award for Poetry. Richard F. Thomas is the George Martin Lane Professor of the Classics at Harvard University.