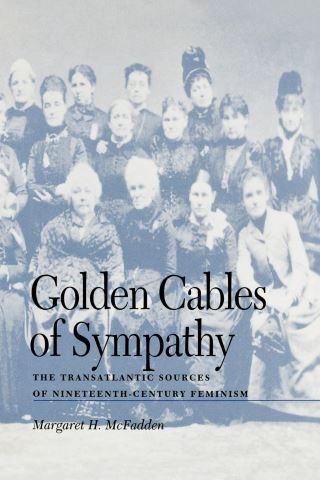 The Transatlantic Sources of Nineteenth-Century Feminism

An intricate network of contacts developed among women in Europe and North America over the course of the nineteenth century. These women created virtual communities through communication, support, and a shared ideology. Forged across boundaries of nationality, language, ethnic origin, and even class, these connections laid the foundation for the 1888 International Council of Women and formed the beginnings of an international women's movement. This matrix extended throughout England and the Continent and included Scandinavia and Finland.

In a remarkable display of investigative research, Margaret McFadden describes the burgeoning avenues of communication in the nineteenth century that led to an explosion in the number of international contacts among women. This network blossomed because of increased travel opportunities; advances in women's literacy and education; increased activity in the temperance, abolitionist, and peace reform movements; and the emergence of female evangelicals, political revolutionaries, and expatriates. Particular attention is paid to five women whose decades of work helped give birth to the women's movement by century's end. These ""mothers of the matrix"" include Lucretia Mott and Elizabeth Cady Stanton of the United States, Anna Doyle Wheeler of Ireland, Fredrika Bremer of Sweden, and Frances Power Cobbe of England. Despite their philosophic differences, these leaders recognized the value of friendship and advocacy among women and shared an affinity for bringing together people from different cultural settings.

McFadden demonstrates without question that the traditions of transatlantic female communication are far older than most historians realize and that the women's movement was inherently international. No other scholar has painted so complete a picture of the golden cables that linked the women who saw the Atlantic and the borders within Europe as bridges rather than barriers to improving their status.

Margaret H. McFadden: Margaret McFadden, professor of Interdisciplinary Studies and founder of the Women's Studies Program at Applachian State University, is the editor of NWSA journal.