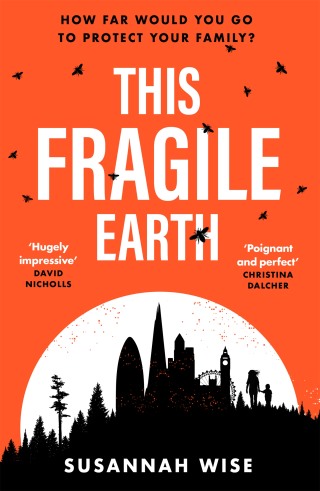 '[An] amazing futuristic novel . . . Do yourself a favour and a pick up a copy now. It's fantastic' Paul Bettany

'Hugely impressive' David Nicholls, author of One Day and Starter for Ten

'Excellent . . . tugged at my heart-strings in a sometimes unbearable way' Beth Clift, author of Last One at the Party

What would you do to protect your family if the world stopped working?

Not long from now, in a recognisable yet changed London, Signy and Matthew lead a dull, difficult life. They've only really stayed together for the sake of their six year old son, Jed. But they're surviving, just about. Until the day the technology that runs their world stops working. Unable to use their phones, pay for anything, even open the smart door to their flat, Matthew assumes that this is just a momentary glitch in the computers that now run the world.

But then the electricity and gas are cut off. Even the water stops running. And the pollination drones - vital to the world, ever since the bees all died - are behaving oddly. People are going missing. Soldiers are on the streets. London is no longer safe.

A shocking incident sends Signy and Jed on the run, desperate to flee London and escape to the small village where Signy grew up. Determined to protect her son, Signy will do almost anything to survive as the world falls apart around them. But she has no idea what is waiting for them outside the city...

Susannah Wise is an actor and writer who grew up in London and the Midlands. A childhood spent outdoors inspired her love of nature and tree climbing. The death of her father in 2015 was the catalyst for THIS FRAGILE EARTH. His preoccupation with astronomy and the beauty of the night sky formed the jumping-off point for the story. Susannah studied at the Faber Academy, graduating in September 2018, during which time she wrote a second, more peculiar novel. Both books have been longlisted for the Mslexia prize.
She lives in London with her partner and son.