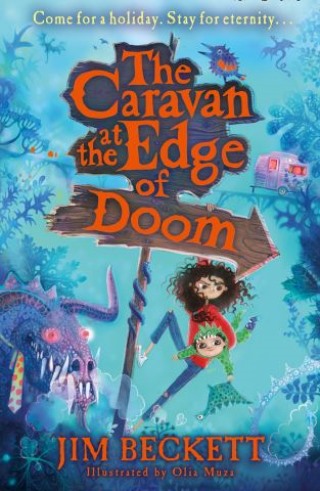 The Caravan at the Edge of Doom

When her four grandparents queue up to explode in their caravan toilet late one night, twelve-year-old Harley discovers a surprising truth: their toilet is a gateway to the Land of the Dead, and they are its Guardians. Well, they were. But there’s no time to mourn their passing. Because Harley’s baby brother has accidentally gone with them, hidden in his grandma’s wheelie bag. And Harley only has 24 hours to rescue him before he’s trapped in the Land of the Dead for all eternity…

Jim Beckett has been a teacher, comedian, pest control administrative assistant, seasonal elf, and census collector. He prefers reading books, writing books, borrowing books from the library, taking books to the pub, and looking at books on shelves. Jim lives with his family in a conventional arrangement.