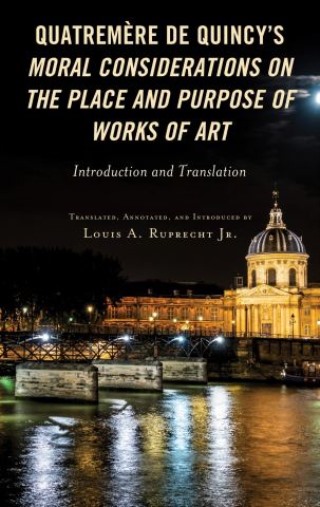 art historian in the generation after Johann Joachim Winckelmann (1717-1768). It is difficult

now to appreciate his importance, due in part to the lack of translations of his 21 published

books: three were rendered into English in the 19th century, and one in the 21st. The Moral

ever written. But I will show that Quatremère’s polemic was aimed, not against museums per se,

age of Revolution. His Neoclassical commitments maintained the centrality of religion, and of

incarnation, to any proper understanding of the place and purpose of the fine arts.

Louis A. Ruprecht Jr. is the William M. Suttles Professor of Religious Studies in the