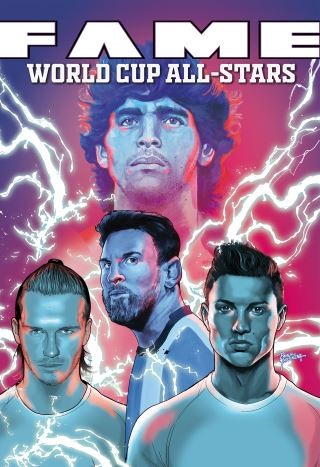 Americans call the game “soccer,” while the rest of the world dubs it “football.” Whatever it’s called, fans know their names: Maradona. Beckham. Ronaldo. Messi. Diego Maradona’s career formed while he was only a child kicking a ball in the slums of Buenos Aires. He became a legend during the World Cup tournament in 1986 and was named FIFA Player of the 20th Century. David Beckham dreamed of playing for Manchester United and England and grew into a worldwide sex symbol, style icon, celebrity husband and father, and international brand. Cristiano Ronaldo dos Santos Aveiro rose from poverty in Portugal to wear the number seven worn by Beckham. His speed, footwork, and skills as a forward and a winger made him one of the sport’s most respected players. One of the youngest ever to play the game professionally, Lionel Messi, proudly sporting the coveted number 10 worn by Maradona and Pele’ on his jersey, holds five Ballon d’Ors and a meritorious achievement award from FIFA. Their stories inspire us and teach us the meaning of hard work and dedication.