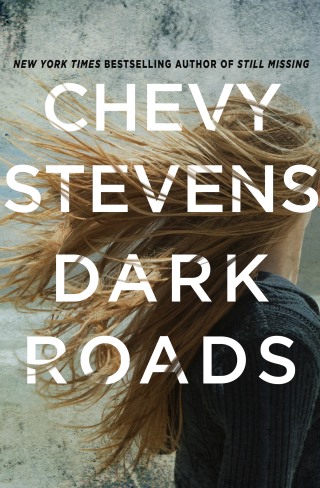 “Chevy Stevens is a brilliant and unique talent and Dark Roads is an instant classic. My hat’s off to her.” — C. J. Box, #1 New York Times bestselling author of Long Range

"My favorite Chevy Stevens book since Still Missing...The suspense builds with every page, and the ending is a complete shocker."—Sarah Pekkanen, #1 New York Times Bestselling Author of The Wife Between Us

"Aptly named, Dark Roads is deep, dark, and unsettling. From the opening page, it’s clear you’re in the hands of a master storyteller...With brilliant characterizations, tight plotting, and a setting bound to give you chills, this is Stevens's finest book to date. A tour de force mystery you do not want to miss."—J.T. Ellison, New York Times bestselling author of Her Dark Lies

"Chevy Stevens is back and better than ever...Dark Roads is a chilling, pulse-pounding thriller that also tugs at the heartstrings. It's everything you've come to love from a master of the psych thriller genre!"— Mary Kubica, New York Times bestselling author of The Other Mrs.

The Cold Creek Highway stretches close to five hundred miles through British Columbia’s rugged wilderness to the west coast. Isolated and vast, it has become a prime hunting ground for predators. For decades, young women traveling the road have gone missing. Motorists and hitchhikers, those passing through or living in one of the small towns scattered along the region, have fallen prey time and again. And no killer or abductor who has stalked the highway has ever been brought to justice.

Hailey McBride calls Cold Creek home. Her father taught her to respect nature, how to live and survive off the land, and to never travel the highway alone. Now he’s gone, leaving her a teenage orphan in the care of her aunt whose police officer husband uses his badge as a means to bully and control Hailey. Overwhelmed by grief and forbidden to work, socialize, or date, Hailey vanishes into the mountainous terrain, hoping everyone will believe she’s left town. Rumors spread that she was taken by the highway killer—who’s claimed another victim over the summer.

One year later, Beth Chevalier arrives in Cold Creek, where her sister Amber lived—and where she was murdered. Estranged from her parents and seeking closure, Beth takes a waitressing job at the local diner, just as Amber did, desperate to understand what happened to her and why. But Beth’s search for answers puts a target on her back—and threatens to reveal the truth behind Hailey’s disappearance…

Chevy Stevens: CHEVY STEVENS lives on Vancouver Island with her husband and daughter. When she isn’t working on her next book, she’s hiking with her two dogs on her favorite mountain trails and spending time with her family. Chevy's current obsessions are vintage Airstreams, Hollywood memoirs, all things mid-century modern, and stand-up comedians--not necessarily in that order. Her books, including Still Missing, a New York Times bestseller and winner of the International Thriller Writers Award for Best First Novel, have been published in more than thirty countries.