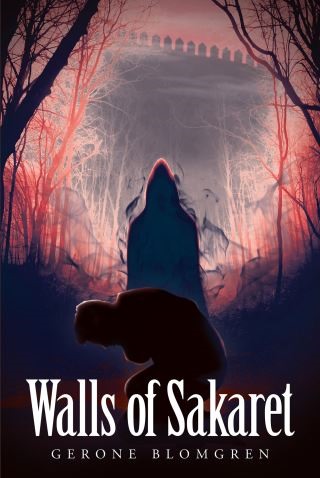 Alsed has known nothing beyond the enchanted walls of Sakaret. None of the citizens of the ancient hidden city have seen the outside world since their home was sealed off two millennia ago. But an outsider named Jeresa, on a mission to save her people, shatters Sakaret's isolated bliss as Alsed and his friends become entangled in a sinister plot set into motion by a psychotic demigod bent on vengeance. Few of the citizens of Sakaret will rise to the challenge of trying to save a people they've never known. Those that do will face unimaginable terrors that most will not survive. Guided by a mysterious stranger, hunted by a sadistic predator, and besieged by an army of assassins and swarms of the undying, Alsed and Jeresa must survive the bloody path that will lead them and their companions to the ultimate confrontation. The only small hope of success requires that Alsed be reborn, becoming something the world has never seen, and changing the fate of nations forever.