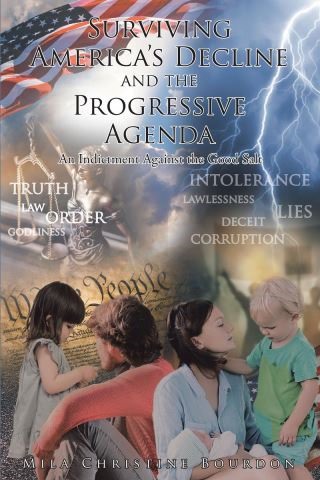 An Indictment Against the Good Salt

After more than a decade in the Middle East, Grace Winders returns to the States only to find the warnings of her friends in Riyadh correct. This wasn't the robust America she'd left. This one was in decline with its unprecedented debt, lawlessness at the highest levels of government, lack of well-paying jobs resulting in a burgeoning underclass eking out a living on entitlements, its military weakened and influence around the globe diminished, its cities polluted by drugs and street gangs, the proliferation of sanctuary cities allowing illegal aliens pouring into the country freedom from the law, terrorist activity on our own soil, and political correctness making many of these changes possible. Dispirited by her angst-ridden experiences here, she fingers the country's liberal element and its progressive agenda as the cause of her woes. People like her just didn't seem to count in their new America eschewing both capitalism and the ideas of the founding fathers. Grace's story offers a voice in the conversation to those whom America's dogmatic left would forever silence.