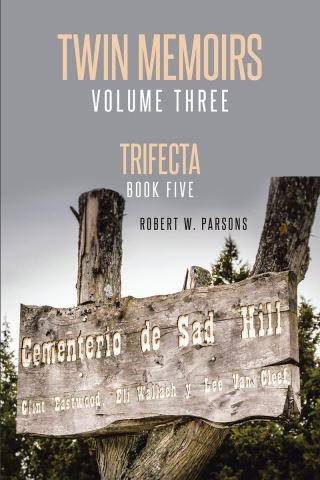 We began with the generations of my great-great-grandparents, great-grandparents, grandparents, parents and continued on in book 2 with the high school years. Then with the unexpected inheritance, the transfer to Harvard University, and the gauntlets of the seventies and eighties. So what's next? What's next? The discovery of Michael's lost summer of free love in 1967. Let us return to the days of "Make love, not war," as the hippies chanted this and danced in the parks of San Francisco high on life. Or was it LSD? Matlin and Michael continue their life's journey with newfound friends and continuing struggles. A brother's betrayal is heart-wrenching yet forgiving. But a brother's death is forever life-changing, tragic. Great-grandfather's gold is discovered right under the twin's noses while myths and legends are being revealed. Stories will be told that lie in the dusty, recessed fictional section of the library, where movies are made from to stretch our imaginations of those so-called fictitious legends and myths. It will be discovered that what you may have read in books and what you may have seen in movies may be, and in the case of the twins, real. As we say farewell to Michael, a new chapter opens for Matlin's new beginning. See what a grandson has to say about his grandfather's beliefs. Tommy Crow begins to introduce us to Matlin and Michael's friends that they have made over the years. Hear what these friends have to say about the DeMarco brothers and the gaps in Matlin's and Michael's stories that are now being filled.