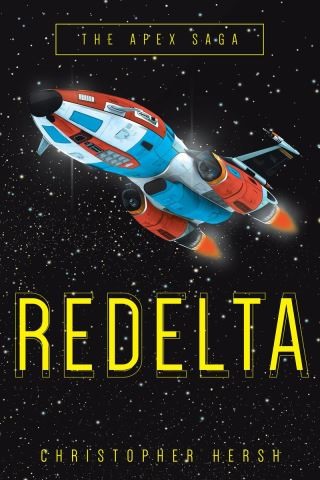 On a planet far distant from Earth, during a peace mission gone astray, a chance encounter between an advanced extraterrestrial being and an unlikely hero leads to an epic journey. This journey will take him from his home planet of Iris to the vast reaches of space. His name is Theodore O'Connor, a young man late for work at his new job at an electronics store. Little did he know on that fateful day that his life would be changed forever. Ankah and her envoy have travelled far from their civilization, a civilization once worshipped by humans. While making their way to Earth on a peace mission, they were attacked by a mysterious enemy spacecraft and crashed on the human-inhabited planet of Iris. After the crash, Ankah meets Theodore and becomes synced with his mind, enabling thoughts to be shared between them telepathically. She tells him of her people, their mission, and their ancient enemy. When the human government, under the Space and Planetary Exploration Command (SPEC) finds out about the crash, readies their military in the event of an alien invasion. With all of mankind on edge and the fate of the Universe at stake, Theodore sets out on a space voyage to collect ancient weapons, known as artifacts. Ankah tells Theodore that with these artifacts, he can uncover the truth about the attack and stop the forces of evil from starting an intergalactic war. This is the first story of The Apex Saga, called Redelta.