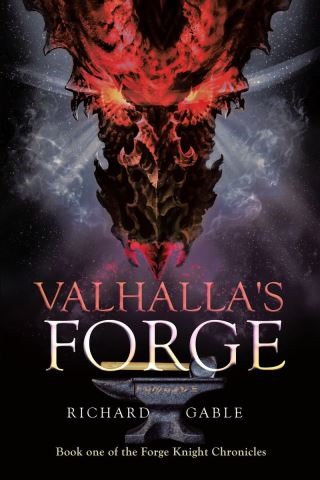 Var-Tog, Kryton, Sondergaard, and Aldora, knights newly graduated from the Dragon’s Gauntlet, have found themselves on quest within days after their graduation. Having left the elite training grounds of the Knight Marshals on their way to their first duty station at Fort Holdfast, they encounter a horrendous reptilian creature that seems to be unaffected by sword, ax, or spell. Ignoring all attempts to stop it, the creature seems bent on completing a quest of its own. Now the knights must find the legendary dwarven artifact, the Valhalla’s Forge, with only an ancient poem for their clue, and actually make the weapons necessary to defeat the creature before further disaster befalls the countryside.