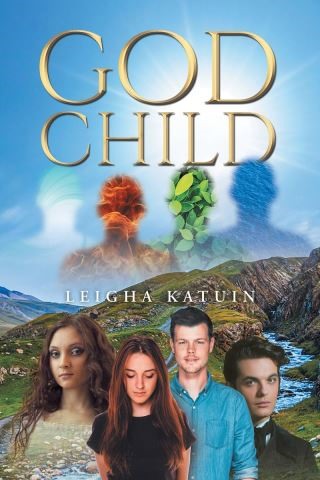 Angela Spencer spent most of her free time trying to escape from her reality, an adopted family that never fully accepted her. Most days after school, she could be found under a tree, reading about far off worlds. She wanted nothing more than to go anywhere but where she was. Then one day, her teacher, Mr. Montgomery told her she could. Her real family was waiting for her in a world where magic was real, a world ruled by the Four Gods. She even had a sister eagerly waiting to meet her. She couldn’t believe what he was telling her, but he managed to get her there. When she got there, she learned that there was a catch: she had to save it. The world was unstable, but the Four Gods had a plan. Angela and her teacher were the keys. Convinced the whole thing was a dream, she ran away. What she didn’t know was that there were forces that didn’t want the Four Gods’ plan to succeed. The elders were a mysterious group that had worked for generations to undermine belief in the Four Gods, even to the point of outlawing the old stories. Even while Mr. Montgomery was searching for her, the elders sent soldiers after her. Aided by trees that spoke in her mind, wizards, and even purple bears, Angela managed to stay hidden for a while. Half convinced she was losing her mind, she started accepting the strangeness around her. Still, she couldn’t accept that she was so important to anyone. It was too much for her to think that the fate of an entire world was in her hands.