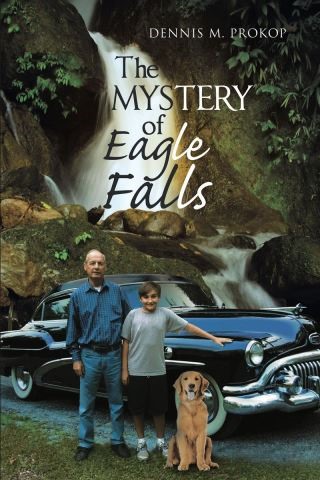 The Mystery of Eagle Falls

While living in New York City, George Huntington's fiancÃ©e Laura was involved in a car accident that left her in a deep coma. Knowing how devastated George was, George's grandfather sent George a letter saying he might be able to help. Before George could respond to his correspondence, he was told his grandfather had passed away, leaving him his house and property in the small town of Eagle Falls, West Virginia. While reminiscing about his childhood as he went through the house, George discovered many unusual items and events that were totally out of character for the grandfather that he had spent so much time with. A reappearing golden retriever with a collar tag MJT seemed to hold some answers, but his grandfather's neighbor Mary Jane Thompson insisted her dog died many years earlier. George believed his grandfather was trying to tell him something but like many of the mysteries the town was known for, piecing together his grandfather's mysterious life and how he could have helped Laura, kept George looking for answers.