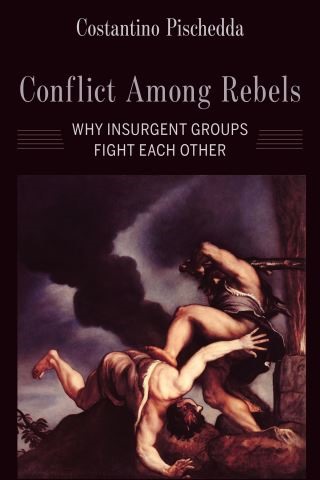 Why Insurgent Groups Fight Each Other

Why do rebel groups frequently clash instead of cooperating against their shared enemy, the state? This pattern occurs in conflicts around the world, yet it flies in the face of common notions of strategic logic. Weaving together insights from international relations theory and the study of ethnic politics, Costantino Pischedda presents an original theory to unravel the puzzle of inter-rebel conflict.

Examining the dynamics of civil wars in Iraq, Ethiopia, Lebanon, Sri Lanka, and Syria, Pischedda argues that infighting is a calculated response by rebel groups to perceived opportunities and vulnerabilities. Conflicts break out between groups when one sees the potential to eliminate weaker rivals at a low cost or fears the deterioration of its power relative to a competitor and embarks on a desperate gamble. Counterintuitively, Pischedda finds that rebels sharing an ethnic identity are especially prone to violent conflict, as they see each other as both potential existential threats and enticing opportunities for expansion. Since coethnic rebels aspire to control the same community, their antagonism is stark and immediate. In addition, insurgents expect to be able to draw on the resources of defeated rivals from the same ethnic group more easily than they could on those of outsiders. Marshaling a range of data, Pischedda’s mixed-methods study features original interviews conducted with former insurgent leaders. The first book-length examination of inter-rebel fighting, Conflict Among Rebels sheds new light on a key question of civil war dynamics: why the enemy of my enemy is not always my friend.