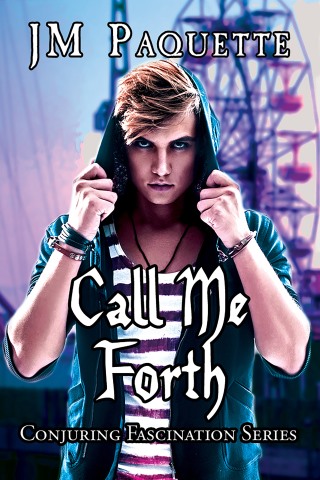 The demon known as Mr. Pilkington was only in town to meet up with an old friend. He did not expect to get caught up in human drama. Between a rival witch, a lucky magician, and a fascinating teenage girl, Pilkington has his hands full. This story is a glimpse into the world of the Conjuring Fascination series—the story continues in Invite Me In!

JM Paquette: JM Paquette hails from upstate New York, so she misses the snow, but not the shoveling, and now lives in Florida, where she hates the heat, but not the beach. She has an embarrassingly large comic book collection that is only shamed by her ever growing horde of cheesy romance novels, and she openly admits to being both a fantasy enthusiast and a roleplaying aficionado-both of which have earned her solid stamps on her Geek Card. She lives in Clearwater with her husband, her daughter, her rambunctious dog, and a cat who occasionally appears at mealtimes.