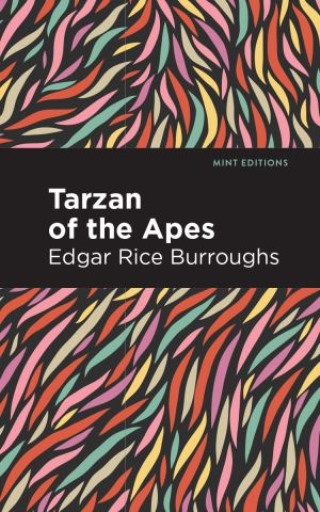 Tarzan of the Apes

Tarzan of the Apes is the first story and origin of one of modern fiction’s most enduring and mythic heroes. Raised in the savage jungle, young Lord Greystoke must reckon with brutal beasts and still crueler civilized enemies to understand and claim his human heritage.

Viscount and Lady Greystoke survive a shipwreck on the jungle coast of Africa where their son is born. The couple perishes but the boy is taken in by a mother ape who recently lost her own child. Raised among apes and utterly unfamiliar with his humanity, young Tarzan discovers the cabin his father built and learns something of who he is and why he is so different from his ape companions. Pitted against a steady stream of daunting challenges, Tarzan will rise to rule his tribe of apes and encounter fellow humans at last, when another shipwreck maroons lovely Jane Porter and her comrades on his shore. By couching his extravagant imagination in clear, direct prose the author balances his novel on a razor edge between realistic drama and pure fairy tale. Tarzan remains a unique and indelible character, capable of terrifying acts of bestial violence or noble acts of loyalty and self-sacrifice. Originally serialized in a magazine in 1912, Tarzan of the Apes was issued in book form in 1914, the first volume in what would become a series of 24 books and a pop culture legacy that would encompass film, radio, television, comics and more.

With an eye-catching new cover, and professionally typeset manuscript, this edition of Tarzan of the Apes is both modern and readable.

Edgar Rice Burroughs (1875-1950) had various jobs before getting his first fiction published at the age of 37. He established himself with wildly imaginative, swashbuckling romances about Tarzan of the Apes, John Carter of Mars and other heroes, all at large in exotic environments of perpetual adventure. Tarzan was particularly successful, appearing in silent film as early as 1918 and making the author famous. Burroughs wrote science fiction, westerns and historical adventure, all charged with his propulsive prose and often startling inventiveness. Although he claimed he sought only to provide entertainment, his work has been credited as inspirational by many authors and scientists.