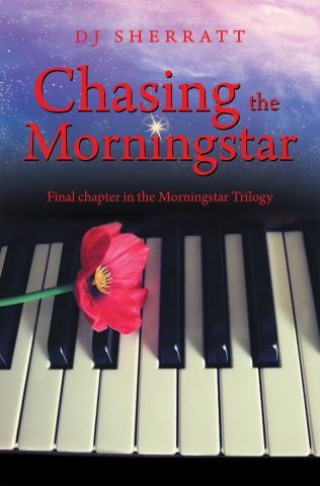 Final Chapter in the Morningstar Trilogy

The Morningstar Trilogy Chasing the Morningstar Readers of "Chasing New York" were left speculating what had happened to musical superstar Chase Morningstar's 2 year old daughter, Poppy. Kidnapped and long-thought dead, she stuns Chase with a simple handshake after his final concert and propels the Morningstars headlong into another captivating and exciting saga. Now, the rest of their incredible story unfolds. After fabricating their deaths, Poppy's maniacal step-mother is determined to keep them hidden. Encouraged by a supernatural guide, the child's true genetics begin to shine through and when a sudden tragedy initiates an unexpected new beginning, more truths unravel, eventually culminating in an epic Morningstar reunion. Supported by Chase, Charlie and a new best friend, Poppy sets off on an adventurous exploration of her musical roots. She follows in her family's footsteps until a malicious act of deceit, a desperate secret and a devious murderer threatens all she holds dear. Is the future of her gifted lineage in jeopardy? Poppy asks one last request of her beloved uncle, Charlie Morningstar and thus, The Morningstar Trilogy is complete!