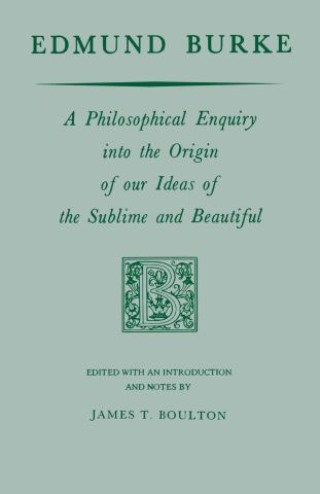 In his Enquiry --which has been described as "certainly on of the most important aesthetic documents that eighteenth -century England produced" --the young Burke provided a systematic analysis of the 'sublime' and the 'beautiful,' together with a distinctive terminology which served to express certain facets of the changing sensibility of his time. The introduction traces the main sources of Burke’s ideas and establishes the nature of his originality. The largest section of the editor’s introduction, however, examines the influence of the Enquiry. Major writers like Johnson, Wordsworth and Thomas Hardy, painters such as Fuseli and Mortimer, and critics such as Diderot, Lessing and Kant, as well as many other minor figures, recognized Burke’s new insights, and in varying degrees assimilated them. The second edition, revised by Burke himself, provides the copy-text, including changes between the first and second editions.

Edmund Burke: Edmund Burke (1730 – 1797) was an Anglo-Irish statesman born in Dublin, as well as an author, orator, political theorist and philosopher, who after moving to London in 1750 served as a member of parliament between 1766 and 1794 in the House of Commons with the Whig Party.