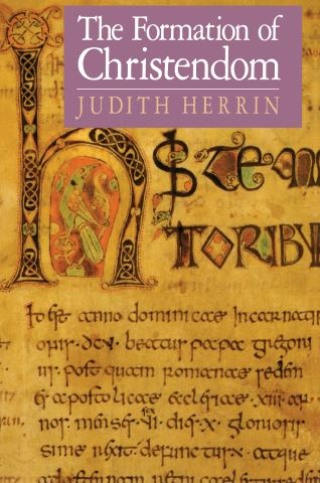 The Formation of Christendom

In a lucid history of what used to be termed "the Dark Ages," Judith Herrin outlines the origins of Europe from the end of late antiquity to the coronation of Charlemagne. She shows that the clash between nascent Islam and stubburn Byzantium was the central contest that allowed "Europe" to develop, and she thereby places the rise of the West in its true Mediterranean context. Her inquiry centers on the notion of "Christendom." Instead of taking medieval beliefs for granted or separating theology from politics, she treats the faith as a material force. In a path-breaking account of the arguments over Christian doctrine, she shows how the northern sphere of the Roman world divided into two distinct and self-conscious imperial units, as the Arabs swept through the southern regions.


One of the most interesting strands of the author's argument concerns religious art and iconoclasm. Her book shows how the impact of Islam's Judaic ban on graven images precipitated both the iconoclast crisis in Constantinople and the West's unique commitment to pictorial narrative, as justified by Pope Gregory the Great.