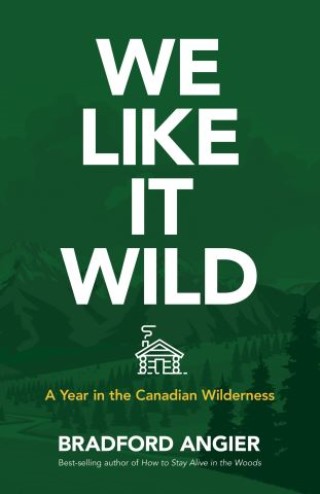 A Year in the Canadian Wilderness

In 1947, Bradford Angier and his wife, Vena, both disillusioned with city life, decided to attempt living off the land, trading Boston for the frontier town of Hudson's Hope, British Columbia. With their Irish wolfhound in tow, they headed out to try the simple life for just one year — and ended up lingering far longer than originally planned. The Angiers' rough-hewn adventures resulted in a series of best-selling books, including How to Stay Alive in the Woods.
We Like It Wild details the struggles and rewards of dwelling in a frontier town, as the Angiers cope with challenges from season to season, with only each other to rely on. The book is full of evocative descriptions of a fierce yet beguiling landscape and packed with practical tips for surviving with just the basics. It's a must-read for everyone who has ever dreamed of leaving it all behind and getting back to nature.

Bradford Angier:
Bradford Angier was a newspaperman-turned-wilderness-survivalist and a proponent of living simply in the wild. In 1947, he and his wife left their Boston home to live off the land in British Columbia. Their adventure lasted many years and resulted in several books, including How to Stay Alive in the Woods and How to Eat in the Woods.