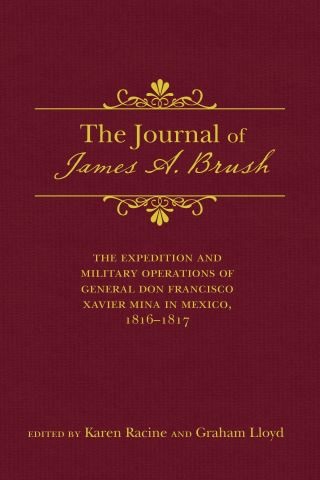 The Journal of James A. Brush

The Expedition and Military Operations of General Don Francisco Xavier Mina in Mexico, 1816–1817

Editors Karen Racine and Graham Lloyd provide extensive insight into the Mina expedition during the revolution of Mexican independence as captured in the journal of James A. Brush. General Xavier Mina believed that the best way to overthrow tyranny in Spain was to fight for the independence of the American colonies. A Scottish officer who fought with the British army against Napoleon, Brush joined Mina in 1815 and set sail to Mexico thereafter. Available in English for the first time, this primary document detailing the experiences of the expedition provides a firsthand account of the personalities, the events, and the social world as it was, as well as descriptions of some of the major figures of Mexico’s independence era. Racine and Lloyd contextualize Brush’s journal with informative notes, annotations, and appendices that include letters, song lyrics, and decrees, giving readers a broader context for the events described. The result is a fascinating look into a significant episode of Mexico’s War for Independence.