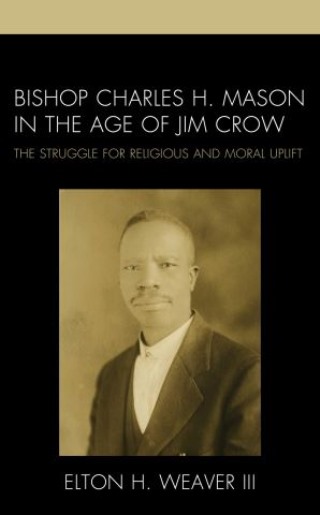 Bishop Charles H. Mason in the Age of Jim Crow

The Struggle for Religious and Moral Uplift

Bishop Charles H. Mason in the Age of Jim Crow profiles the life and career of Charles Harrison Mason. Mason was the founder of the Church of God in Christ (COGIC), which from its Memphis roots, grew into the most significant black Pentecostal denomination in the United States, with profound theological and political ramifications for poor and working-class black Memphians.

Bishop Charles H. Mason in the Age of Jim Crow is grounded in the history of the Jim Crow era. The book traces the origins of COGIC in Memphis; it reveals just how Mason’s new black Pentecostal denomination grew, gained social and political power, and earned a permanent place in Memphis’s black religious pantheon. This book tells how a son of slaves transformed a rural migrant movement into an urban phenomenon, how unusual religious demonstrations exemplified infrapolitical religious protests, and how these rituals of resistance changed black lives and helped strengthen and sustain blacks fighting for freedom in segregated Memphis. The author reveals why Charles H. Mason was an important pre-civil rights religious leader who laid the groundwork for integrated churches.