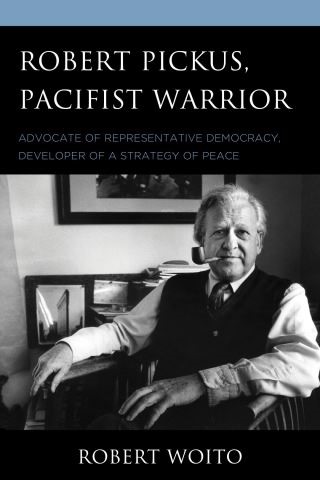 Advocate of Representative Democracy, Developer of a Strategy of Peace

Pacifist Warrior introduces Robert Pickus, his leadership role in the pacifist community (1951–2016), and his thoughtful work to constructively engage the United States in world politics. He called for leadership by the United States to move a conflict-filled world towards peace through non-military initiatives, designed to gain the reciprocation of allies and dedicated adversaries alike. Robert Pickus earned the title “Pacifist Warrior” because he not only believed pacifism in a nuclear age was a moral imperative, it was also a more effective strategy towards a world without war. Pickus’ career lasted from 1951 to 2016. As Director of the World Without War Council office in Berkeley, he engaged civic, labor, business, and religious organizations to work for a world without war. He worked at the juncture where advocates of war-as-a-last-resort met community peace advocates to develop non-military alternatives to war. His signature contribution was a compendium of American Peace Initiatives developed with other key leaders, including George Weigel, Harold Guetzkow, Sidney Hook and Ted Sorensen. During his tenure, the WWWC developed a strategy of American peace initiatives to get from here to a world without war. The ideas of reciprocation, universal participation and non-violent change apply to both arms control and disarmament as well as climate change.