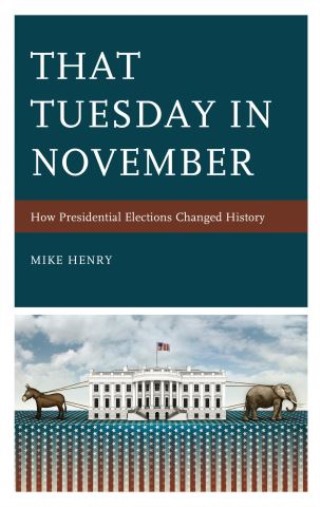 That Tuesday in November

Like many aspects of the nation's history, its elections have had their share of behind the scenes activity and drama. This work is an examination of each of the presidential contests and some of the unusual events surrounding them such as the back room convention deals, compromised candidates, campaign strategies, both successful and failures; and major effects on the outcomes due to such inventions as television. In some cases, a swing of just a few votes to another candidate could have had a profound effect on America's future.

Mike Henry: Mike Henry taught American history for thirty one years to students at all levels of the educational spectrum from elementary school to college. His technique of using the events of the past to show how they impact our lives in the present made him a popular classroom instructor and guest speaker. After the inception of No Child Left Behind, he averaged a success rate of more than 80 percent on mandated testing where the majority of his students were at or below the poverty level.