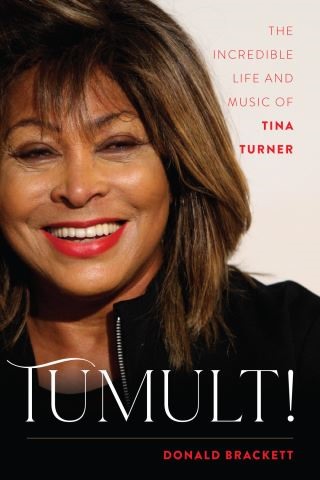 The Incredible Life and Music of Tina Turner

The narrative of Tumult! The Incredible Life and Music of Tina Turner is an extended exploration of the magical transformation of shy country girl Anna Mae Bullock into the boisterous force of nature we know today as Tina Turner. This is creative alchemy in action: turning into Turner is actually also the captivating tale of someone who was already precociously there, a stellar talent just waiting to emerge and grab the global spotlight. Far from the early myths attached to her name by association with her talented but tormenting producer-husband, she was not a Svengali-like creation at all, but rather a fully formed, if vulnerable, young musical prodigy who was going to burst out of the creative shell imposed upon her one way or the other. Even though it took sixteen years to do so, her second career as a solo pop artist is the achievement for which she is rightly remembered.

In Turner, we have a case study in triumph over adversity and sheer creative will power: singer, songwriter, dancer, actress, feminist icon. Often referred to as the Queen of Rock and Roll, she has sold over two hundred million records and sold more live concert tickets than any other solo performer in history. In 2019, she celebrated her eighieth birthday and was also lionized in the live Broadway version of her incredible life story, Tina: The Musical, starring Adrienne Warren. In Tumult!, we unearth and examine what uncanny skills enabled her to connect with so many people at such a deep heart-to-heart level. She is, in fact, a beating human heart in high heels.

Donald Brackett: Donald Brackett is a Vancouver-based culture journalist who writes about music, art, and films, as well as curating film programs for Cinematheque. He is the author of two other books with Backbeat Books: on Amy Winehouse (2016) and Sharon Jones (2018). He has also written a book on the history of the blues/pop band Fleetwood Mac and is currently working on a book about the controversial pop artist and activist Yoko Ono.