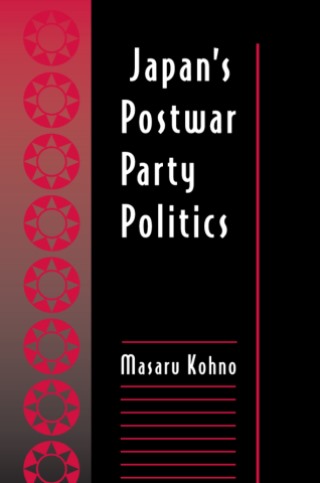 In this sophisticated theoretical work, Masaru Kohno presents a systematic reexamination of the evolution of party politics in Japan since the end of the second World War. Because of the long one-party dominance by the Liberal Democratic Party, Japan's parliamentary democracy has often been viewed as unique in the developed world, and most of the existing studies of Japanese party politics have addressed such determinants as its political culture, historical background, and socio-ideological cleavages. According to the author, these explanations do not adequately account for some of the most important changes that took place in Japanese party politics during the postwar period.


This study advances an alternative set of interpretations based on a microanalytic approach that highlights the incentive and bargaining power of individual political actors, and their competitive and strategic behavior under existing institutional constraints. According to Kohno, the evolution of political life in postwar Japan depends on the same factors that are acknowledged to be at work in other industrialized nations. He reveals, through detailed case studies of government formation processes and statistical examinations of candidate nomination patterns, that the microanalytic approach can establish forward-looking and internally consistent interpretations of the postwar development of Japanese party politics. Because Japan has usually been treated as a country of unique cultural, historical, and societal characteristics, the analyses of this study point to the broader applicability of the microanalytic approach in the field of comparative politics, especially for the exploration of party competition in advanced industrial democracies.

Masaru Kohno: Masaru Kohno is Assistant Professor of Political Science at the University of British Columbia. He is currently a National Fellow at the Hoover Institution, Stanford University.