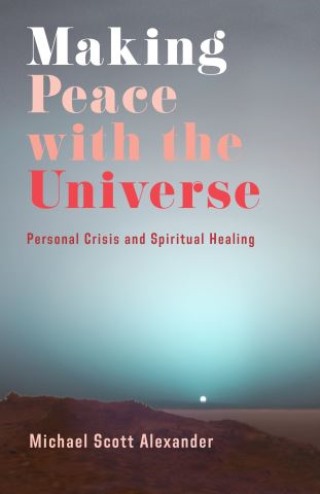 Making Peace with the Universe

The world’s great religious and philosophical traditions often include poignant testimonies of spiritual turmoil and healing. Following episodes of harrowing personal crisis, including addictions, periods of anxiety and panic, and reminders of mortality, these accounts then also describe pathways to consolation and resolution.

In Making Peace with the Universe, Michael Scott Alexander reads diverse classic religious accounts as masterpieces of therapeutic insight. In the company of William James, Socrates, Muslim legal scholar turned mystic Hamid al-Ghazali, Chinggis Khan as described by the Daoist monk Qui Chuji, and jazz musician and Catholic convert Mary Lou Williams, Alexander traces the steps from existential crisis to psychological health. He recasts spiritual confessions as case histories of therapy, showing how they remain radical and deeply meaningful even in an age of scientific psychology. They record the therapeutic affect of spiritual experience, testifying to the achievement of psychological well-being through the cultivation of an edifying spiritual mood.

Mixing scholarly learning with episodes from his own skeptical quest, Alexander demonstrates how these accounts of private terror and personal triumph offer a model of therapy through spiritual adventure. An interdisciplinary consideration of the shared terrain of religion and psychology, Making Peace with the Universe offers an innovative view of what spiritual traditions can teach us about finding meaning in the modern world.