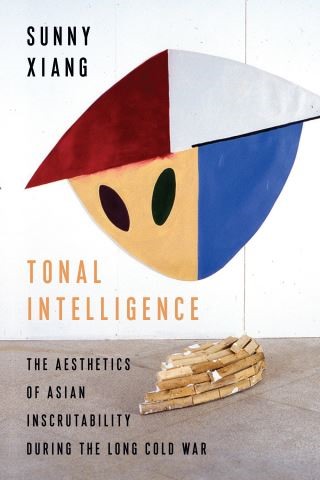 The Aesthetics of Asian Inscrutability During the Long Cold War

Why were U.S. intelligence organizations so preoccupied with demystifying East and Southeast Asia during the mid-twentieth century? Sunny Xiang offers a new way of understanding the American cold war in Asia by tracing aesthetic manifestations of “Oriental inscrutability” across a wide range of texts. She examines how cold war regimes of suspicious thinking produced an ambiguity between “Oriental” enemies and Asian allies, contributing to the conflict’s status as both a “real war” and a “long peace.”

Xiang puts interrogation reports, policy memos, and field notes into conversation with novels, poems, documentaries, and mixed media work by artists such as Theresa Hak Kyung Cha, Kazuo Ishiguro, Ha Jin, and Trinh T. Minh-ha. She engages her archive through a reading practice centered on tone, juxtaposing Asian diasporans who appear similar in profile yet who differ in tone. Tonal Intelligence considers how the meaning of race, war, and empire came under pressure during two interlinked periods of geopolitical transition: American “nation-building” in East and Southeast Asia during the mid-twentieth century and Asian economic modernization during the late twentieth century. By reading both state records and aesthetic texts from these periods for their tone rather than their content, Xiang shows how bygone threats of Asian communism and emergent regimes of Asian capitalism have elicited distinct yet related anxieties about racial intelligibility. Featuring bold methods, unlikely archives, and acute close readings, Tonal Intelligence rethinks the marking and making of race during the long cold war.