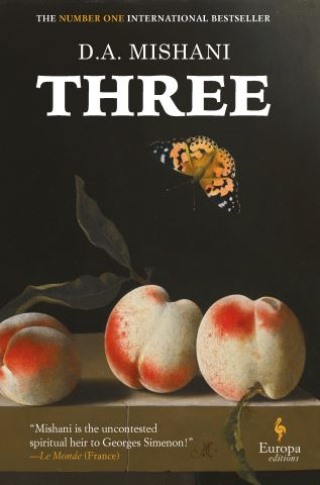 An abandoned woman searching for love, a deeply religious immigrant caretaker, a disillusioned researcher trapped in her marriage. Three women whose lives seem as far apart as possible, united by a common secret.

When Orna meets Gil on an online dating site, their lackluster affair seems like nothing more than a way to stave off the pain of her recent divorce. But soon it becomes clear that Gil may not be exactly who he claims to be. And Orna’s own lies may be weaving an unexpected trap for her.

Set against the turbulent backdrop of the gritty Holon neighborhood in Tel Aviv, this enigmatic and intelligent novel is in fact an intricate puzzle. Mishani’s first standalone book explores Israel’s forgotten margins, unearthing complicated layers, conflicts, and prejudices. At turns shocking, deceptive, and subversive, Three is a slow burning psychological thriller from one of Israel’s most beloved writers.

D.A. Mishani is the author of an award-winning detective series, featuring police inspector Avraham Avraham. The novels, which have been translated into more than 15 languages, have won the Martin Beck Award, the Grand Prix du Meilleur Polar des Lecteurs des Points, and the Bernstein Award. Three is his first standalone novel. He lives with his wife and two children in Tel Aviv and teaches at Tel Aviv University.