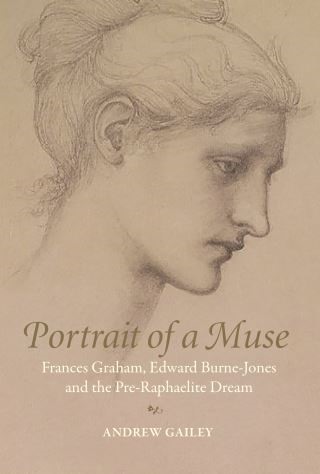 Portrait of a Muse

--May be the last significant Pre-Raphaelite muse to be biographised. One of the earlier biographies was of Effie Gray, who left John Ruskin for John Everett Millais, the inspiration for the film 'Effie Gray', starring Emma Thompson, Dakota Fanning, John Sturridge and Greg Wise.

--Astonishing story of love, power, politics and art entwined some of the greatest paintings of the Pre-Raphaelite period.

--Edward Burne-Jones is perhaps the most popular and familiar Pre-Raphaelite painter of them all.

--A story set in a quintessential UK stately home with a tragic ending in WWI.

Andrew Gailey: Dr Andrew Gailey has taught in the history department at Eton College since 1981 and is Vice-Provost of the College. His most recent book is "The Lost Imperialist: Lord Dufferin, Memory and Mythmaking in an Age of Celebrity", winner of the 2016 Elizabeth Longford Prize for Historical Biography.